So this week's topic is 'King'.

I have to say that I wasn't really sure where to go with this one. It was titled King because both Elvis' and Martin Luther King Jr were born in the month of January.

The questions asked were do I have a connection to Royalty? Maybe. It is thought that the Stephan’s (my paternal side) were Royal Gypsies of Swiss Lineage... I would guess that most families do have a royal connection in some form or another. The other questions asked were if an ancestor reminded me of Elvis or Martin Luther King - "the Kings". Again, this can be perceived in various ways.

King. It's origin is thought to be:

So essentially, the definition of king takes us back to kin and kin, is family.

I have gotten to this point and I'm still not sure who I am going to write about! - Given that we are thinking about family and January birthdays being the focus of the blog title this week, I want this post to be in memory of a close relative. One that I always think about in January and one that is very much a King in my eyes.

Robert; AKA Bob was born on the 20th January 1920 in Shrewsbury, Shropshire.

He was the only child of Clara Meredith (nee Downes) and Robert Edward Gennoe. Clara had been married once before to Frederick Meredith and had three children from that marriage; Fred Jr, Harry and Elsie.

[Fred Snr was in the 5th Battalion of the King Shropshire Light Infantry (KSLI) and sadly lost his life on the 20th April 1917 whilst enlisted at Flanders. On the 1911 census he is listed as a 'Bugler']

Bob's father, also a Robert, was in the KSLI and may well have known Clara's previous husband Fred...

Bob grew up in Shrewsbury and attended the St Michaels Street School - I have to say he is looking very dapper in this photo!

During the war Bob was mainly involved with salvage and when planes crashed, he had to be there to recoup what parts they could for repairs. We also have a photo of him in the KSLI which we understand to be a shindig in Blackpool...

Bob was also a keen footballer and we know that he played around the country including as a reserve for Shrewsbury Town FC.

Extracts from the Shrewsbury Chronicle say that:

"Gennoe with his first-time clearances was outstanding in the Shrewsbury defence" [Nov 8, 1946]

One of his primary careers was at Shrewsbury Chronicle itself, the same paper that reported on his earlier career as a footballer. He was a platemaker and as far as I understand it, he was required to proof-read the metal sheets before they were dyed and used for printing - check out those side burns! My Mum advises me that he was first employed as an apprentice printer, qualifying at Liveseys Printers on St John's Hill. When the Shropshire Star bought out the Chronicle, he moved to Welshpool Web Offset and stayed there for 20 years before retiring.

Following retirement he volunteered for Shrewsbury Town Council as a grounds-keeper at the Shrewsbury Quarry and as a driver for Age Concern.

In addition to his working career, Bob managed the Monkmoor United Boys Football Team and was also a highly accomplished fishermen and caught one of the largest salmon at the Weir on the River Severn. His wife Anne joined him in this passion and they spent many an hour on the river side together... 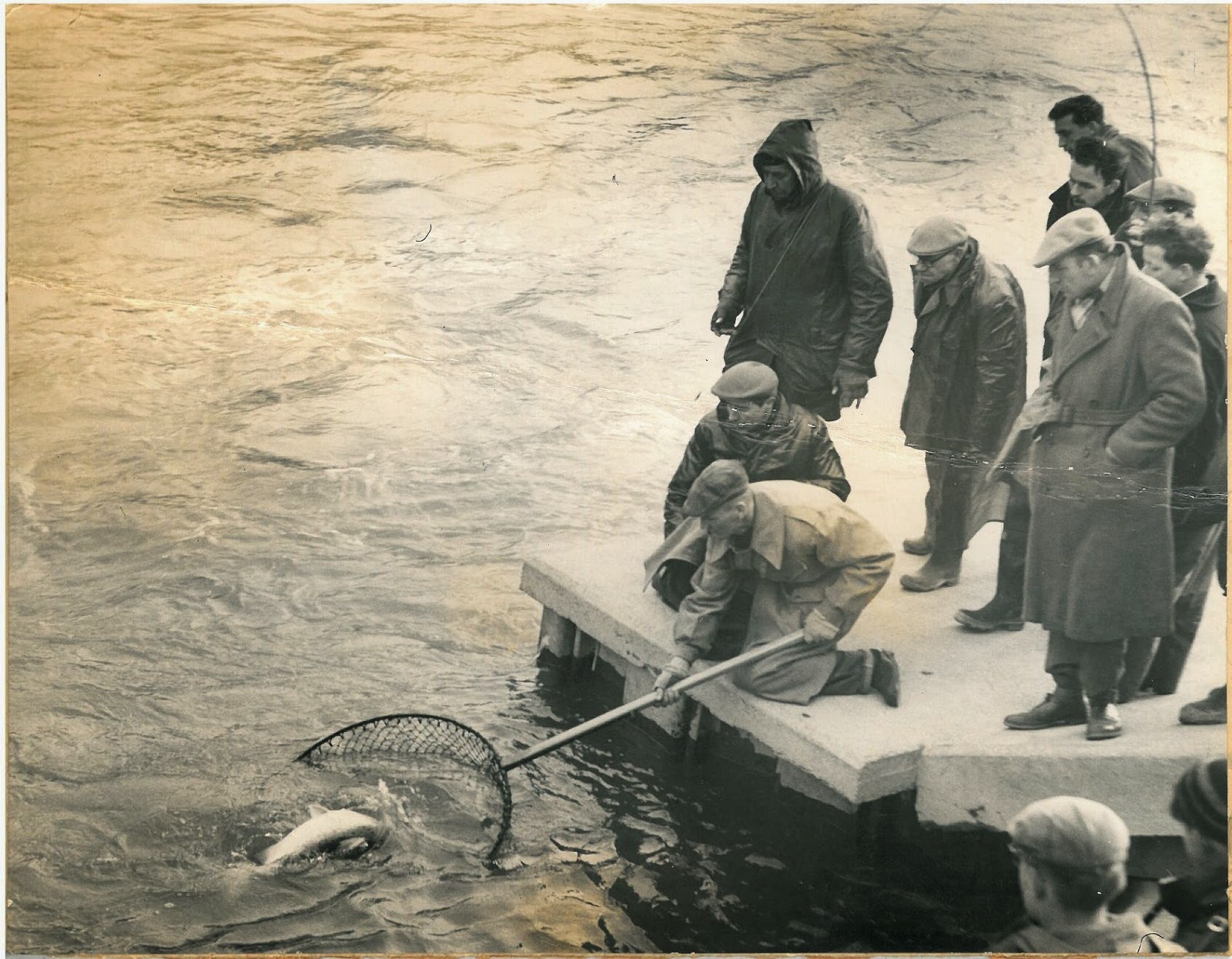 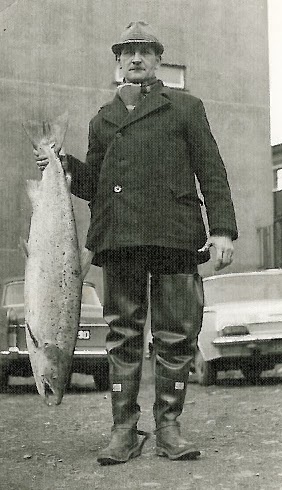 Bob was married to Anne Arnett (nee Viney). It wasn't the first marriage for either of them...

Despite being known as Mr & Mrs Gennoe for many years and supposedly being married since August 1st 1952, Bob & Anne only got married by special license in December 1973! It would transpire that they may well have got married just to enable them to get their passports to fly to Australia in 1974... 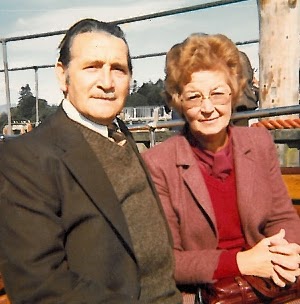 Bob & Anne went on to have two children together; Roberta & Bob. In addition to Michael, whom Anne had from a previous marriage, they had 3 children.

It doesn't feel like 20 years has passed since he was here and whilst I only really knew him for a third of my life, I can safely say he was an amazing Grandad.

So here's to Bob, an accomplished fishermen and footballer and genuinely wonderful man, Dad and Grandad!